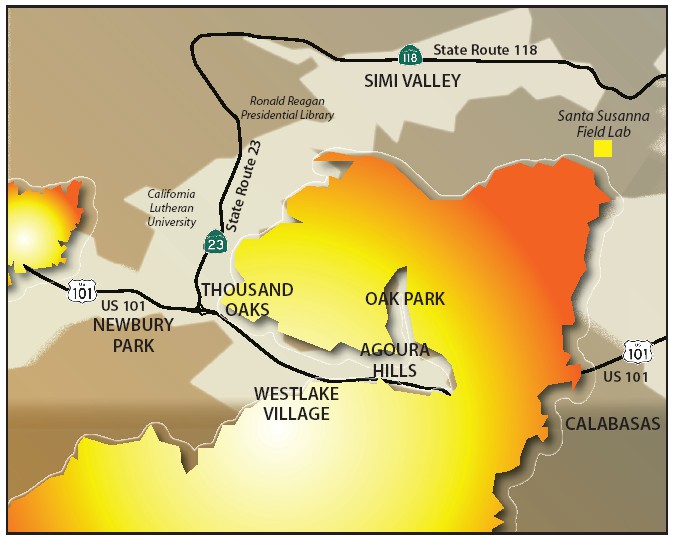 As the Woolsey Fire ripped through the hills south of Simi Valley last week and made a mad dash toward the Conejo Valley and Malibu regions, many Simi Valley residents worried about the huge plumes of smoke looming over most of the city.

The fire started at approximately 2:30 p.m. Nov. 8 at E Street and Alfa Road on the 2,850-acre Santa Susana Field Lab site, a former rocket engine testing facility and the location of a partial nuclear meltdown in 1959, Cal Fire said. For more than 30 years, activists have been urging the agencies responsible for the field lab site—NASA, Boeing Co., the U.S. Department of Energy and the California Department of Toxic Substances Control (DTSC)—to clean up contamination on the property.

But delays in site remediation, which was initially supposed to be completed in 2017 and has since been pushed back to 2034, “may have resulted in even more toxic exposure,” said Marie Mason, a Simi Valley resident and co-founder of the Rocketdyne Cleanup Coalition, in a Nov. 12 statement. 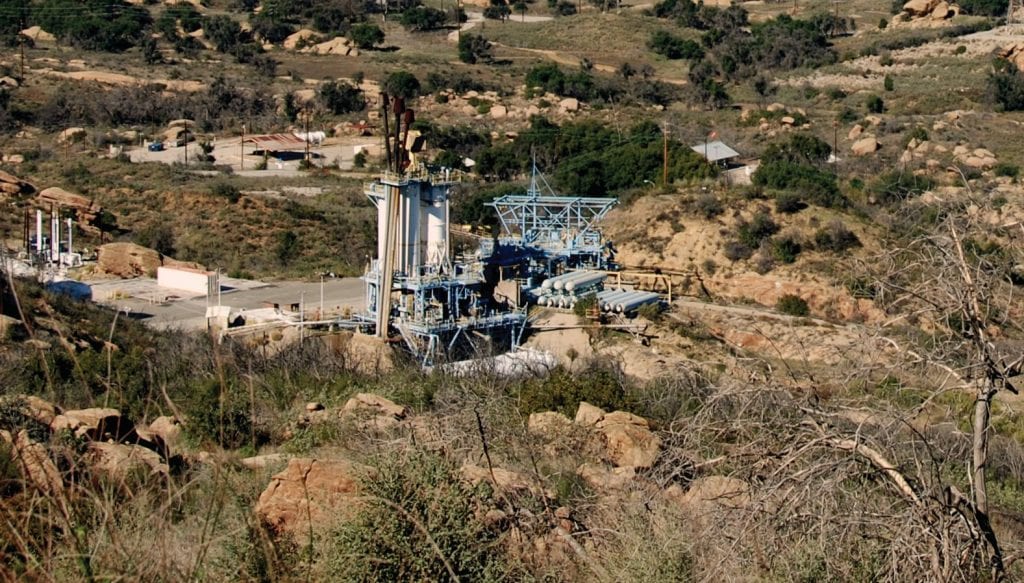 “We’ve always worried about a fire at SSFL, and now a massive wildfire has started on the site itself. SSFL could have and should have been cleaned up a long time ago,” Mason said.

In a Nov. 13 statement emailed to the Acorn, the DTSC said it was able to access the site over the weekend to assess the damage caused by the Woolsey fire.

“We confirmed that the SSFL facilities that previously handled radioactive and hazardous materials were not affected by the fire,” DTSC officials said.

The agency also reviewed initial data collected on hazardous and radioactive materials both onsite and in the surrounding community. According to the release, findings showed “no elevated levels of hazardous compounds other than those normally present after a wildfire.”

“Out of an abundance of caution, DTSC is coordinating further testing and analysis of community soil and air samples over the next several days,” the agency said.

As for NASA’s portion of the site, the agency reported that there was “significant fire damage” as the blaze scorched the Alfa and Bravo tests stands, officials said in a Nov. 13 statement. The Coca test stand and the Burro Flats cave paintings are not yet safe to assess.

All buildings overseen by the U.S. Department of Energy remain untouched, they said,

“There was no discernible level of radiation in the tested area,” the department said in a Nov. 13 release.

But residents were not calmed by the public health and DTSC comments, considering the fire started a mere 1,000 yards from the sodium reactor that melted down nearly 60 years ago.

“The Woolsey fire likely released and spread radiological and chemical contamination that was in SSFL’s soil and vegetation via smoke and ash,” said Bob Dodge, president of Physicians for Social Responsibility.

“All wildfire smoke can be hazardous to health, but if SSFL had been cleaned up long ago as DTSC promised, we’d at least not have to worry about exposure to dangerous radionuclides and chemicals as well.”

The DTSC said the site has an air-monitoring network around its perimeter and, once cleared, the agency will evaluate any data collected. DTSC officials said they “do not anticipate any risks from the fire associated with contamination at the site.”