Dreaming of a magic carpet ride 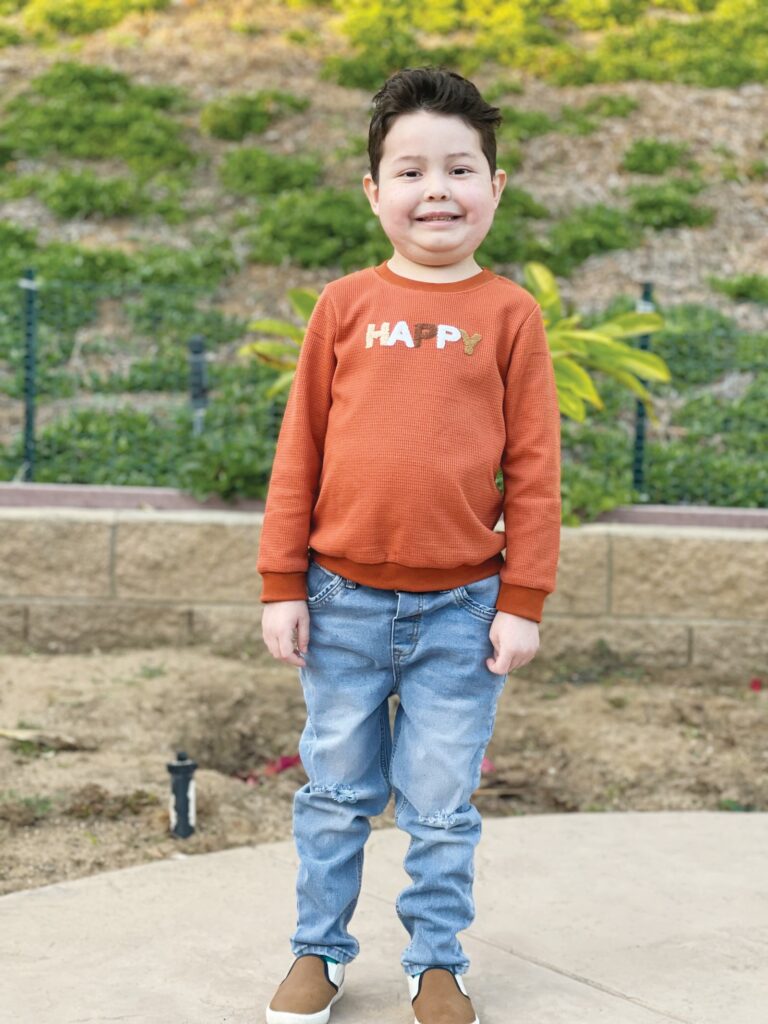 READY FOR ADVENTURE— Ayden Denne, 6, of Simi Valley has spent half his life undergoing treatment for leukemia, including receiving a bone marrow transplant last year. Efforts are underway to send him and his family on a trip to Disney World in Florida. Courtesy of Iliana Lozano

A fundraiser is underway to help fulfill the dream of a local 6-year-old boy who can’t wait to get on an airplane and meet some of his favorite Disney characters.

Simi Valley resident Ayden Denne, 6, is a two-time cancer survivor who received a bone marrow transplant last spring. He’s spent much of his life either in a hospital undergoing painful treatments or cooped up inside his home to protect his weakened immune system.

To help him and his family make memories outside the hospital, Campaign One at a Time is working to raise money to send them on a trip to Disney World in Orlando, Florida.

Campaign One at a Time is an Orange County-based organization that works to provide joy and support to children like Ayden who are dealing with severe illnesses. All donations will go toward the boy’s dream trip, organizers said.

“Our mission is to raise $5,000 to cover the family’s travel, lodging at Give Kids the World Village, rental car, attraction/park tickets (Disney World, Universal Studios, Sea World, etc.) and provide them with spending money to enjoy their trip,” said Angela Guzman, Campaign One at a Time’s community outreach director.

In July 2021, after three years of intense treatment for leukemia, doctors told Ayden’s parents, Iliana Lozano and Ethan Denne, that their son could resume a normal life. But four months later, Ayden’s cancer had returned. This time, doctors said, a bone marrow transplant was needed to save the boy’s life.

From then on, Ayden was in and out of the hospital. At the same time, a community effort began to find a bone marrow donor.

Ayden received his lifesaving transplant May 10 and was allowed to go home July 7.

Though the stem cell transplant was 100% successful, Ayden still needs to undergo treatment. He’s received multiple blood and platelet transfusions and was hospitalized once because his body is learning to adapt to the new donor cells and medications.

Ayden spends most of his time at home, playing with his toys, watching cartoons and completing home-school assignments. He’ll be able to return to school in May, a year after his transplant.

In the meantime, thoughts of a magical kingdom fill his head.

“He dreams of going to Walt Disney World. Every time he sees their commercials, he gets so excited,” Lozano told the Acorn.

Another one of his dreams is to get on an airplane. If this trip gets funded, he’ll be able to do both, Lozano said.

As of Jan. 19, about $1,700 of the $5,000 needed to send Ayden to Disney World had been raised. Donations can be made at campaignoaat.org/fightlikeayden